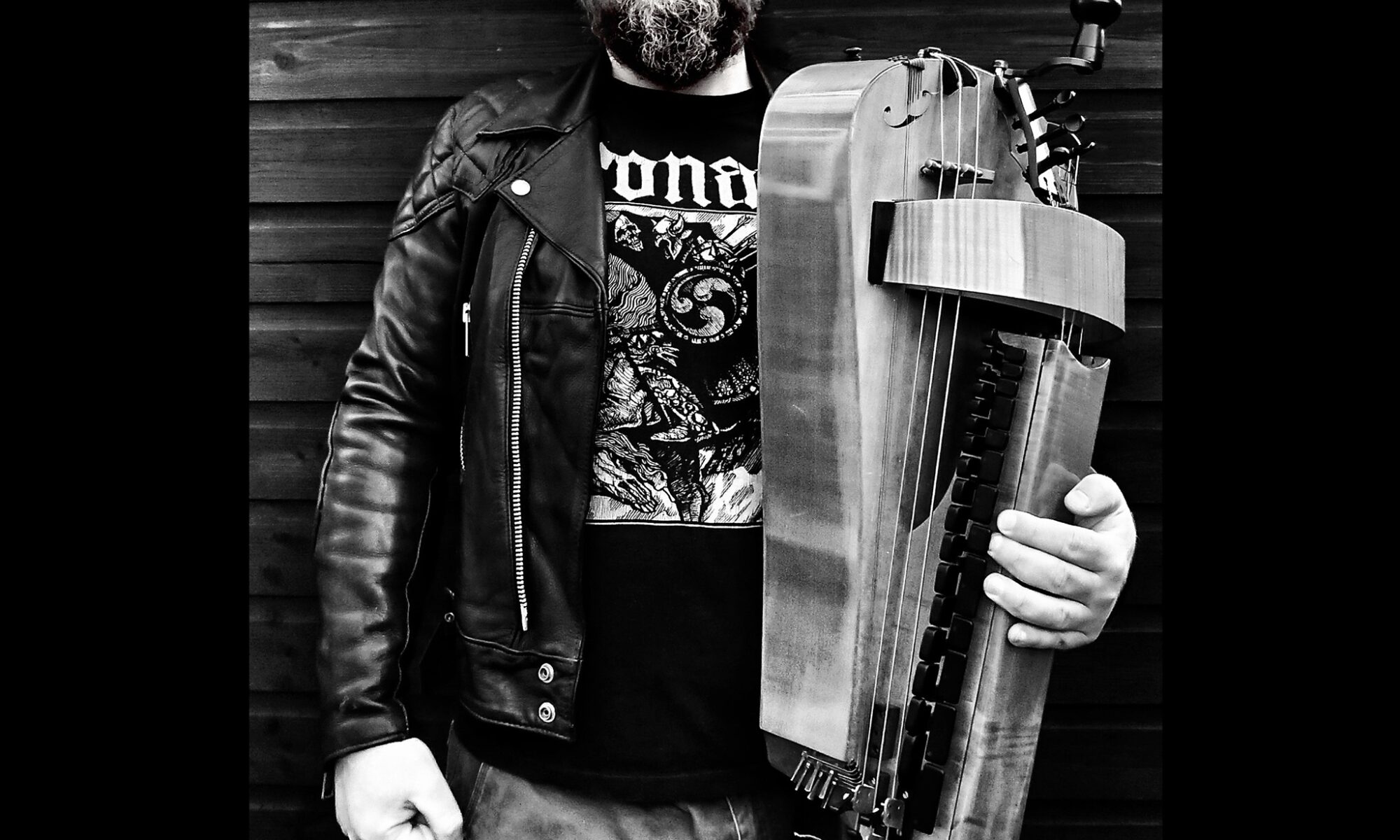 Scott Marshall’s technique on the Hurdy Gurdy is amazingly dexterous, his fingers, hands and arms nimble to the point of flawless performance of the most demanding music written for the instrument. These compositions performed on nine “slightly effected Hurdy Gurdies” by Mr. Marshall could be thought of as poetic pictures portraying the nature of life. All are presented in minor keys, indicating perhaps a preference for a solemn grasp that touches the depths of creation. Aliveness and alertness are clearly shown, but without a silly gaiety that glosses over life’s predominant vulnerability.

The first of the 15 recordings, “Country Dark,” written in half-time, is a drawn-out series of modulating chords with an underlying dominant base possibly capturing the mood of warily walking in pitch-black darkness through a meadow wondering what lies in wait. Yet, it’s as if the music itself surrounds the walker with an all-embracing zone that is safe. The remainder of the pieces feature sounds that seem impossible for a Hurdy Gurdy to make. Indeed, at times I imagined hearing an oboe or other reeds and even a muted brass instead of the instrument’s strings. These fleeting arpeggios of unusual sounds from their source dance around while continuo and chords maintain the rhythm.

One selection begins with the sound of a horse’s gait, which is maintained throughout providing a glimpse of a horse-drawn carriage rolling along at a steady pace. Several of the pieces repeat the same intricate arpeggio pattern, likely a favorite or most adroit of Mr. Marshall’s skill. Another complicated maneuver of Hurdy Gurdy playing that Mr. Marshall has mastered involves quick intermittent reversals of the flywheel to generate a different sound, something akin to breathing in instead of out when playing a harmonica. Even more astounding are the songs in which one melody is playing at the same time as a counter melody. I would love to witness that technique.

The final selection, “Spell of the Space Witch,” easily transports one into the vastness of pulsars, quarks, blackholes, and the other mysteries of space. How the composer/performer manages to eke those sounds out of the Hurdy Gurdy is another technique I want to see. Mr. Marshall’s mastery of Hurdy Gurdy performance ranges from notes sounding alone in utter simplicity to sounds of a church pipe organ with the sforzando toe stud switched on. The artist’s rendering on the album cover may capture something of the music’s wonder. There stands a tree (of life?) in the middle and other trees in the distance, and emerging out of the ground are various forms of vegetation, having worked through the black earth to offer sustenance and beauty to the rest of creation. Asleep in a cocoon of intertwined roots under the tree appears a rodent-type creature. Life’s essence is experienced as it is NOW without any need of hope for anything to be different. All we need is already given, and good or bad, it is of heaven.